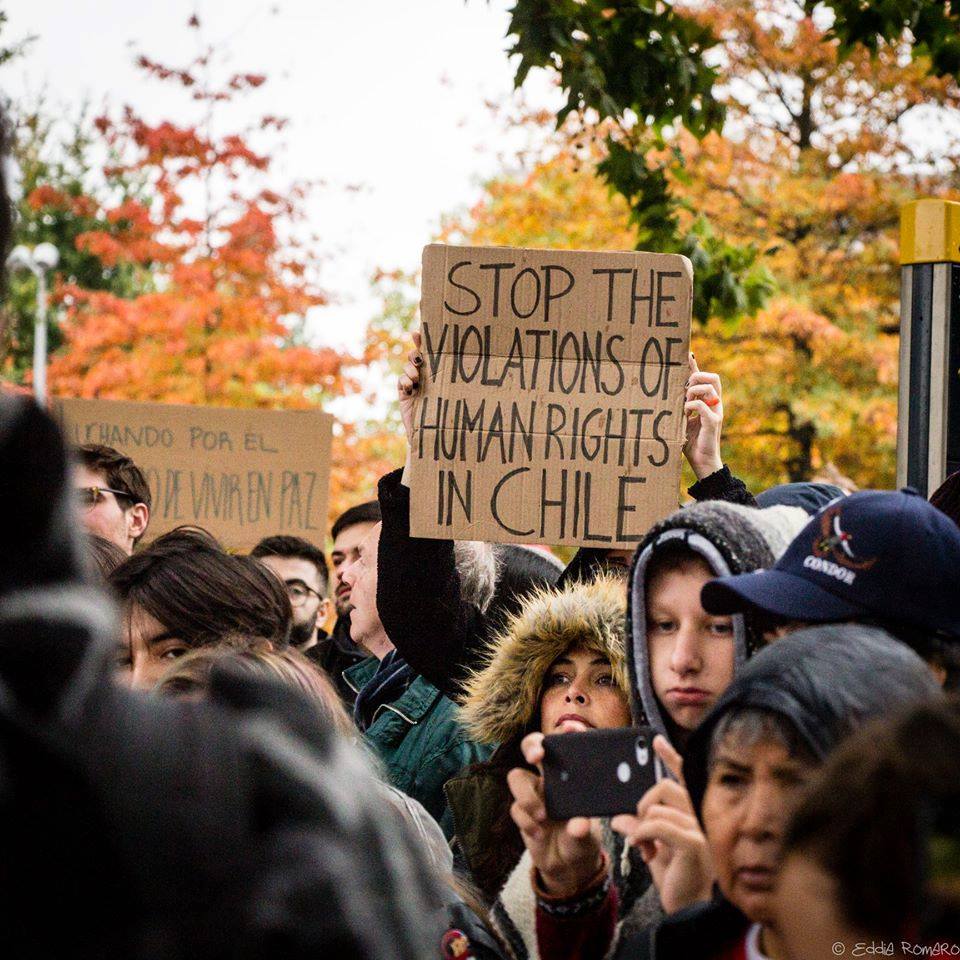 There’s a cascade of colour throughout Chile’s capital as people occupy street corners and flow onto the central avenue. Their cries are backed by a chorus of banging pots and pans from surrounding buildings, the traditional cacerolazo protest.

Yet Santiago is marked by violence of the night before: the smell of teargas clings to the concrete, the sidewalks have been turned into rubble beside burnt-out buildings. Security vehicles pass, shooting water to disperse protesters, while news of more wounded spreads through communities.

The first videos that began to circulate after protests started on 18th October were of a wounded schoolgirl who had been shot in the leg by police. Soon smartphones thousands of miles away were flooded with messages alleging police brutality.

“I started getting Whatsapp messages in the middle of the night,” says Carole Concha Bell, a writer from Cambridge, England. “It was a fear of, shit, this is happening again. It rocked my world, I couldn’t eat or sleep for the first three days.”

Concha Bell is the daughter of Chilean exiles. Her grandfather worked for the socialist president Salvador Allende, before a bloody military coup overthrew the government and began a 30-year dictatorship. Her grandfather was imprisoned and sent to a concentration camp, like thousands of others detained, tortured and disappeared under the Augusto Pinochet regime.