I arrived in Santiago, Chile, exactly two months after students famously jumped an underground barrier in protest at price hikes. That small act on October 18th 2019 snowballed into an uprising that swept across the nation, albeit a leaderless one, in Chile’s largest social revolt since the dictatorship.

As I made my way to a march marking the two-month anniversary since the revolt, Santiago central looked like a war zone. Pavements were reduced to rubble, as people clad in homemade anti-teargas masks attempted to congregate at Plaza Dignidad. Within minutes I was pining for makeshift armour, the air thick with toxic gas from canisters indiscriminately fired at marchers. Squadrons of Chilean police in riot gear charged at the crowd on horseback, wielding batons and guns. In the chaos I was grateful for the scores of young men and women dubbed ‘La Primera Linea’ (frontline) who set up barricades, fought back police and cleared the path for us to escape being kettled by a state apparatus intent on quelling dissent through violence. 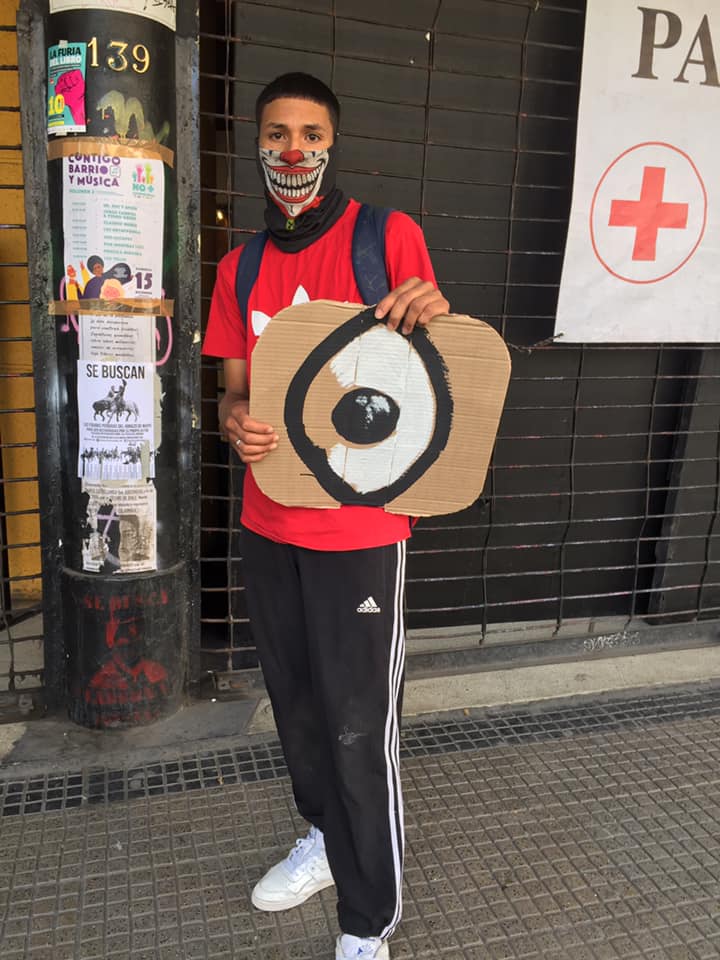 To date, over 400 people have lost one or both eyes at the hands of Carabineros de Chile (militarised police). Thousands have been brutally assaulted and almost 30 people have been killed. Nevertheless, despite intimidation, people continue to congregate in town centres every day, from Arica to Punta Arenas under the slogan ‘Chile Despertó’(Chile woke up).

“We won’t back down until the five demands are met,” a young man wearing a balaclava told me as we shared a cigarette and watched the sun go down by BellasArtes. “I’ve never had anything. People like me don’t stand a chance. The system must change.” As he melted into the throng I wondered whether a presidency so entrenched in neoliberalism will ever concede to those groundbreaking demands.

When democracy was negotiated in 1990 by the incumbent coalition parties and the military regime commanded by General Pinochet, many concessions were made. One of these was that the military retain its  impunity and economic resources and the other, that the constitution of 1980 imposed by the dictatorship remain intact. Rampant privatisation and selling off of the country’s assets were ingrained in the constitution.None of the subsequent governments challenged Pinochet’s legacy.

Hector Rios Jara, a Phd from UCL and a member of the London Chilean Assembly, part of a movement for change across Chile and the diaspora, observes “Despite brutal repression, the only demand conceded by the Piñera administration is a constitutional change, that represents just one of the five key demands. A rise in the minimum wage, pension system reform, and free education have been dismissed by the government. Moreover, the constitutional change proposed is far removed from people’s expectations. The reform does not guarantee wide participation of the key social groups involved in the conflict, and excludes minorities and disadvantaged sectors. With this strategy, the government is trying to absorb the debate into a constitutional change, bypassing opposition to key neoliberal policies. This strategy will prove challenging to the movement, putting pressure on the upcoming referendum rather than social issues, which will probably absorb the mobilisation into a political campaign to push for constitutional change. However the conflict is far from being resolved.”

Unrest and subsequent repression will intensify in March if demands are ignored. However April will be the defining month in which Chileans must decide on adopting a new constitution. Whether it’s the constitution the people are asking for could make or break Chile’s delicate social fabric.