A Chilean delegation visited the Foreign Office in London on 21 January. It presented foreign secretary Dominic Raab with a letter calling for a halt in the export of crowd-control weapons to Chile and to investigate the Chilean government for crimes against humanity.

Gross human-rights violations have been committed by Chile’s security forces since social unrest broke out on 18 October 2019 over soaring living costs and inequality in one of Latin America’s richest yet most unequal countries.

According to the latest report released by Institute of Human Rights in Chile on 15 January, 3,649 people have been injured (including 269 children) as result of police violence in just three months. This includes 405 eye injuries, 2,063 shooting-related injuries, and 191 allegations of sexual violence. 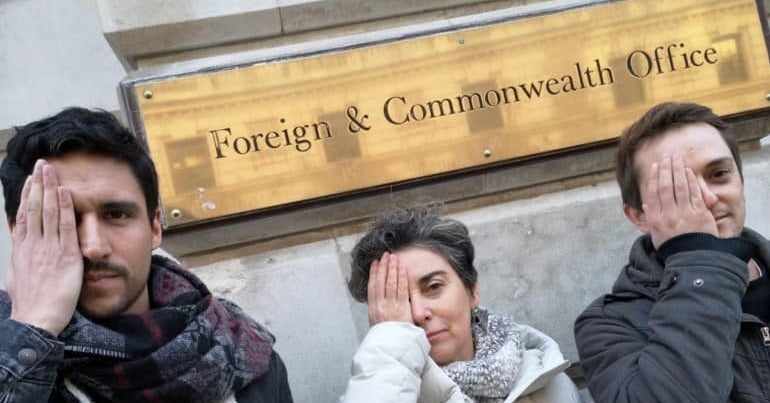 United Nations, Amnesty International, and Human Rights Watch reports all concluded that serious human rights violations have taken place in Chile under the current administration of Sebastián Piñera. According to the United Nations report, Chilean police and military forces’ abuses include killings, torture and sexual violence.

Concern and outrage over the findings of the human rights reports have been expressed globally. 26 British MPs, for example, have signed an Early Day Motion supporting human-rights investigations in Chile. They also called on the UK government “to use all diplomatic and international means at its disposal to assist in a peaceful resolution to the ongoing protests”.

The report now submitted by the Office of the High Commissioner for Human Rights (OHCHR) confirms that violence against peaceful demonstrators on the part of the police and military has often been totally disproportionate and without cause. I condemn mistreatment in prison, mock executions and sexual violence, which is targeted in particular against women, girls and members of the LGBTI community, in the strongest possible terms.

I call on those in positions of responsibility to vigorously prosecute all human rights violations and crimes committed and to bring the perpetrators to justice.

Dominic Raab expressed a commitment to the protection of human rights at the annual Conservative Party conference in Manchester in 2019. He pledged to bring in the Magnitsky law after Brexit, which places visa bans and asset freezes on individuals deemed “responsible for serious human rights abuses, including torture”.

Héctor Ríos Jara, PhD student and member of the London Chilean Assembly, told The Canary that:

Chilean organisations in the UK oppose and condemn the heinous human rights violations that have taken place over the past few months. The letter expresses our wish for the foreign secretary to investigate the Chilean Government. We hope this action can help to halt further brutal repression of the Chilean people.